In the new reality that we have come to know in 2020, society is much more aware of our social behaviors and potential risks inherent with many of the activities that once formed integral parts of our daily lives. It has also come to the forefront that technology is a cornerstone of our modern society and a beacon of hope in our efforts to stay connected and maintain productivity. Within the larger role that technology plays in our quotidian routines, we also examine the interconnection of devices and how IoT can be deployed to save lives during pandemics. The interpretation of the information that new technology provides is equally important to making meaningful decisions and interactive maps play a big role in displaying data for easy interpretation. Many of the interconnected devices store data to servers and include GPS information to faithfully plot the movement of objects around a facility. This can be highly insightful when conducting contact tracing, facility maintenance, and patient diagnostics within any service facility.

First responders and hospital personnel are among the most exposed workers during the COVID-19 pandemic, however, their role is crucial to society’s well-being and the country’s slow progression to normalcy. It is in large part thanks to the monumental effort given by these individuals that States have been able to endure the first wave of contagion without a collapse of the healthcare system, saving thousands of lives while flattening the contagion curve of the virus. In large part, the austerity of the initial social distancing measures was designed to spare hospitals the brunt of large communities getting sick at once, thereby, spacing admissions, so that doctors and nurses could best attend to incoming patients. The complicated decisions to point patients to hospitals with adequate space and resources are based on complex metrics. Analyzed at a state or national level, these decisions become clearer when combined with interactive US Maps that are powered by real-time data.

While pandemics such as COVID-19 are not preventable entirely, society disposes of important tools that can be used to contain the impact that they have on our lives and world economy. A key factor in reducing the peak of a pandemic and the surge in hospitalizations is to catch cases early. By doing so, governments can apply effective containment measures and reduce the probability of the exponential spread of the virus. One of the most decisive tools we have available in our fight against pandemics is reliable information, which should be shared openly across borders. Getting an early edge on how a virus is being spread and what measures work effectively is crucial for countries to adequately prepare. Collaboration in collecting and analyzing data should be transparent. The use of technology can provide great leverage in our fight against pandemics, including the use of smartphones, health-specific Apps and interactive maps. As the world continues to brace against the COVID-19 virus, we can draw important insights on what measures are working and what needs to be improved.

In the custom solutions offered by jQueryMaps, the map interface offers an intuitive method of displaying complex data structures. We are all familiar with maps as ubiquitous navigation tools, guiding us through our daily tasks and avoiding undesired surprises along our commutes. However, well-crafted map software, powered by location data offers a powerful insight that can be used by company administration and policymakers to advance meaningful agendas and grounds on which to base important decisions. The map software is often the final window through which location data is analyzed to better understand any number of activities that surround our daily lives.

There are many circumstances under which a company, organization or government entity would want to create a dynamic map on which to project information to users. Often the goal is to link maps to extensive databases in order to visualize and interpret complex information. Some projects are more unique than others and interactive world maps created by jQueryMaps have the flexibility to meet the requirements of all clients, in an optimized, highly custom mapping solution. In the article below, we will look at some of the projects that have been proposed over the years that include varying levels of customization on a world scale. The particular features of each map depend on the type of information available and the overall goal of the project. 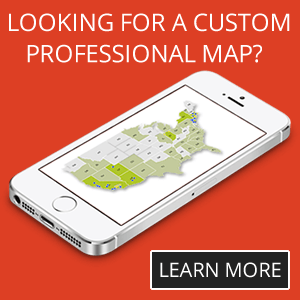